Bettering Others and the World You Live In

The Why – How to Be A Community Leader

Want to know how to be a Community Leader?  You came to the right place.

The why behind Leadership and Main is to inspire a generation of community leaders to make the turn from ordinary to extraordinary.  When leaders arrive at that intersection, we want to provide the original and shared content to map his/her turn towards extraordinary.  We define community leadership as the ability and willingness to use your influence to better others and the world you live in.

Leaders at the community level wield the greatest ability and awesome responsibility to positively influence Main Street America.  Leadership and Main is not intended for those who settle for the status quo, the resistors, the self-seeking, bureaucratic minded, or those that feel the future of their community is decided by anyone other than the leaders who comprise it.  It is solely intended for leaders in local communities who want to selflessly serve and simply make their community a better place to live, work, and play.

Leadership and Main is inspired by the incredible leaders in the community of Acworth, Georgia, a special community located in Northwest Georgia.  Acworth is a community comprised of dynamic public servants, elected officials, entrepreneurs, pastors, educators, coaches, civic leaders, and volunteers working tirelessly towards a common vision to build, maintain and improve the standard of quality of life for its people.

Readers should expect original and sometimes shared content delivered to your inbox on Mondays that include strategies for becoming a leader in your community, lessons in community leadership, and stories of the characters that make Acworth such a special place.  Follow our social media platforms for shared content from leaders at the local, national and global level through blogs, articles, podcasts, and videos. 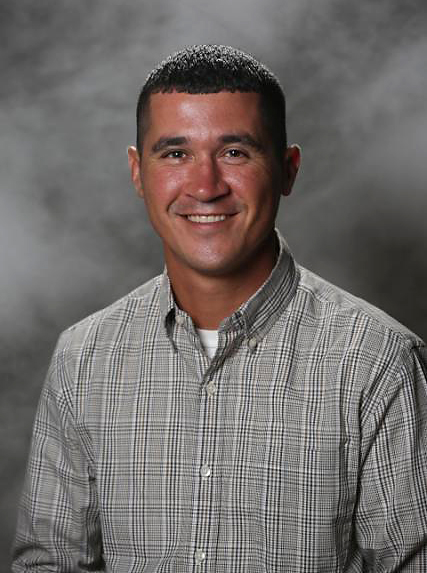 I am a follower of Christ, the husband to Shannon and the father to Ashtyn and Grant.  I have been unbelievably blessed to raise a family, complete my education, influence young lives through coaching, grown my faith, and build a career in one of the most amazing communities in America, my hometown of Acworth, Georgia.

I am a simple person who has been surrounded and inspired by a host of dynamic community leaders who have poured into my life.  Influenced at a young age by watching my incredible parents faithfully serve our community.  My brother and I spent many late nights, weekends, and holidays watching our parents serve in concession stands, lead booster clubs, coach, and play integral roles on boards of directors for local sports associations.

At the ripe age of 18, my life was redirected by a simple phone call.  I had graduated from North Cobb High School in May of 2000 and took all the graduation money I received and applied it to a two week bartending school that guaranteed job placement upon completion.  In the middle of week one, I received a call from my eleven year old football coach who was the Parks and Recreation Director at the time.  The city had just started the department and he said that he had heard I wanted to work with kids and had an opening as a summer camp counselor that was starting the following week.  My intentions were to utilize bar tending to work a couple of days a week, focus on my studies at Kennesaw State University, and become a high school wrestling coach.

So, I did both.  Started the position as a camp counselor the next week, finished bartending school at night.  Through the circumstances of that summer I was offered a position at the end of the season working part time for the department cleaning bathrooms, cutting grass, emptying trash cans, and preparing ball fields.  Never bartended a day in my life!

As I became more involved in the department and community, fell in love with what I was doing, and changed my major to Recreation Management.  The rest is history!  Received the awesome opportunity to go full-time in 2002 as an Athletic and Facilities Coordinator and was appointed Director of the Department in June 2005 at the age of 23.

Through my career I have been exposed to incredible community leaders and have seen first hand the ability all of us have to positively impact our local community.  My hope is to share the stories, the people, and the content that has developed me as a person and leader, and translate those lessons on how to be a community leader.